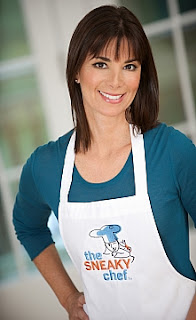 I'm a big fan of sneaking healthy fruits and vegetables in our food. I'm thrilled with The Sneaky Chef cookbooks. When I manage to sneak spinach in my kids hamburgers it is as exciting as Christmas day waiting in anticipation to see what the outcome is. Then getting that thrill of Yea! They liked it!

Here is my latest interview with The Sneaky Chef, Missy Chase Lapine.

What is you or your kids all time favorite sneaky chef recipe?
Sneaky Chef Brainy Brownies, for sure. This recipe boosts the nutritional value of one of America's favorite treats enormously, and the effects are noticeable on the kid's moods and behavior.

The hidden spinach, blueberries and wheat germ supply long lasting nutrition that balances out the sugar and carbs, eliminating the spike-and-crash that so often happens when kids eat snack foods or desserts. What's more, my kids experience this difference for themselves and have loads of fun making the purees and mixing them into the brownies with me.


My son often asks before eating is there a secret ingredient in here? Do your kids help in your research?
My kids have been my inspiration from the start, and now they've evolved into my chief taste-testers. They also tell me which dishes are their current favorites and what to try to sneak into them. The biggest surprise has been that since they¹ve become completely aware of everything I'm doing, their aversion to trying new foods has all but vanished. They've decided if they like something when it's mixed into a recipe, then it can't be that bad by itself. I've gotten similar letters from mothers around the world!


Can you explain the process you go through when creating a new recipe?
First, I choose a recipe that I know kids already love. Then I decide on how much fat, sugar and calories I can cut out, and which sneaky vegetable puree(s), beans or whole grains I can sneak in, while still maintaining the original taste, color and texture.

Next, I employ visual and taste decoys to super-disguise the entire creation. And finally, I test, tweak and re-tweak each recipe about6-20 times until it's perfected. I spend a lot of time in the kitchen!


Your 1st book seemed to have started a controversy about whether you should sneak vegetables in kids foods.What are your thoughts on this?
I've never felt that this was much of a controversy, because sneaking actually  facilitates teaching kids about good nutrition: it is best used in addition to  everything else that parents are already doing to feed their kids healthy foods. The Sneaky Chef method makes kid-friendly foods much more nutritious while parents continue to serve veggies outright, lead by example, and teach their children.

The key difference, however, is that when parents see their kids actually enjoying fresh whole fruits, super nutritious veggies, beans,whole grains, wheat germ, spinach, broccoli, peas, carrots, sweet potatoes, etc., it takes huge pressure off the situation as parents relax in the knowledge that their kids are finally getting some real nutrition into their systems. Kids feel the pressure lift and they can then learn in a relaxed environment.

Mealtimes return to pleasant discussions about the day's events, instead degrading into fights over which foods must be eaten. Kids are willing to try new foods again, there's much less waste and expense, and everyone is happier.

What is your favorite puree you use in your recipes?
This is almost like asking, which is your favorite child?! Each SneakyChef puree has its own wonderful flavors and benefits. The sweet potatoes and carrots in my Orange Puree add a delicate, balanced sweetness to pasta and pizza sauces, and makes them very smooth and less acidic.

Purple Puree has spinach and blueberries in it, which are both superfoods. It has such a fresh, bright flavor to it that people write to me that their kids are licking it  right off the mixing spoon. These are kids who have refused spinach every day of their lives previously! So, OK, these are my two favorite kids ; )


Thanks Missy for the interview!

The Sneaky Chef has several books that promote healthy eating and fitness. They are some of our favorite in our kitchen so do check them out! You can also visit her website,

Popular posts from this blog

9:50 AM
Do you need a fun way to introduce the alphabet and cooking to kids? A theme idea like cooking with the alphabet can teach kids not only their letters but help them learn some fun cooking techniques too.

This could be a fun activity to incorporate into your school year. How about Alphabet Cooking  Friday? Where you concentrate on a letter of the week and end the week with some cooking activities inspired by that letter. We can come up with a lot of fun letter activities but here we will concentrate on A-Z cooking recipes.

Letter A Cooking IdeasApple recipes are a kid friendly hit or try Alfredo for dinner. You'll be surprised at how quick you can whip up some Alfredo sauce to go with your cooked noodles or broccoli.
More A ideas:
Asparagus
Avocado
Letter B Cooking Ideas The letter B has a wealth of great recipes for kids like Broccoli, Beans or Basil Pesto . However you can go for meals like Bubble Pizza or Homemade Bowtie Pasta as well.
Letter C Cooking IdeasCorn Chowder or Chick…
Read more

11:16 AM
Anytime you can create something fun with your food kids will eat it up. Try giving the kids ideas or a picture and let them make their own creations. Here are some of our favorite animal theme food ideas.
Animal Theme Food Ideas Turn a simple boiled egg into chicks. See a few variations on our farm theme page.
You can buy candy eyeballs and use them all over your food just like in these meatballs. Just add a carrot piece for a beak.
Create some edibleSpiders


Dinosaur Ideas- Create dinosaurs out of vegetables makes a fun twist in a vegetable tray.

Spray a muffin tin with cooking spray. Press hash brown mixture up along edges and create a nest shape. Bake at 400 degrees for 20 -25 minutes.  Then fill it with boiled eggs.

Or for a fun lunch idea, add egg salad, tuna salad or chicken salad inside the nest.

Or try a Noodle Nest


~This post may contain affiliate links and I'll earn a small commission if you shop through them. There is no extra cost to you. This is how we help support our family and continue to bring you amazing content. To learn more see our affiliates disclosure.~ 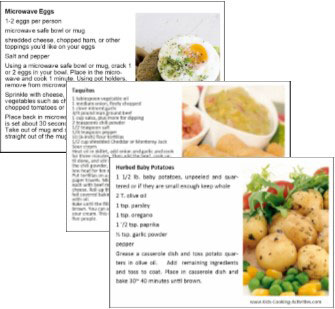 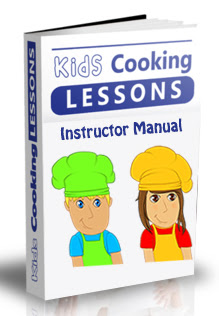 Make teaching easier with our activities and recipes compiled in one easy to read format See more details on our Kids Cooking Lesson Manuals.

The material on this site is for educational purposes.
Nothing on this page is public domain.

Other websites you'll find me: 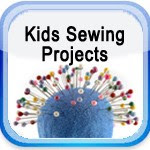